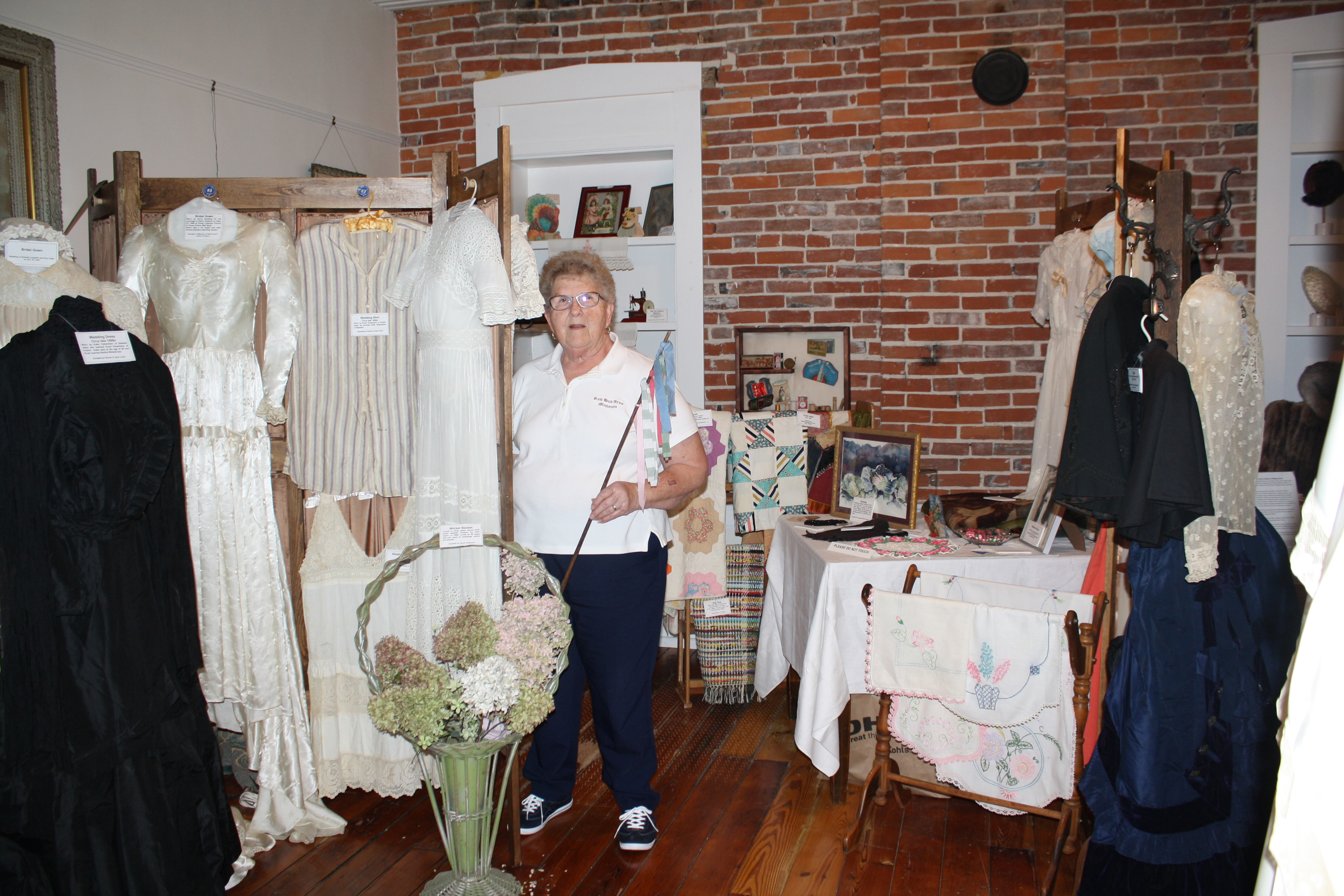 Featured as this month's Spotlight on a Business, is the Red Bud Area Museum. The museum, located at 116 E. Market in the heart of downtown Red Bud, was founded in 2012.

After a trip by a local couple in the summer of 2011, the idea of establishing a museum in Red Bud was presented to area residents. Those attending the preliminary meeting agreed that a museum would be a valuable asset to the community. Several of those in attendance also agreed to serve on a museum board, and an organizational meeting was held in September of 2011. A location was sought, and the owner of the building in which the museum is now housed, offered the building to be used for a museum. It is located in the center of the city "on the square".

A fundraiser was held in November, 2011, with a display of several antique items in one of the museum rooms. Over50 of those in attendance became friends of the Museum with an annual $10 membership. In April of 2012 the board began accepting items to be donated to the museum. The response was overwhelming. By July, 2012, the museum was ready for the public and a ribbon cutting was held on July 15.

Since the opening, around 4,000 items have been donated and are on display. There has been a steady stream of visitors. In addition to visitors from local communities there have been visitors from over 40 states and 21 countries. In three years, the attendance has been over 4,000. Over 50 volunteers serve as hosts and hostesses during the hours when the museum is open as they welcome visitors and share their entyusiasm for this community treasure.

The museum, located on the second floor (handicap accessible), is open Tuesday through Saturday from 11 a.m. to 4 p.m. and 1-4 p.m. on Sunday. For more information visit the website at redbudareamuseum.weebly.com or call 618-967-4208. Group or private tours are available.