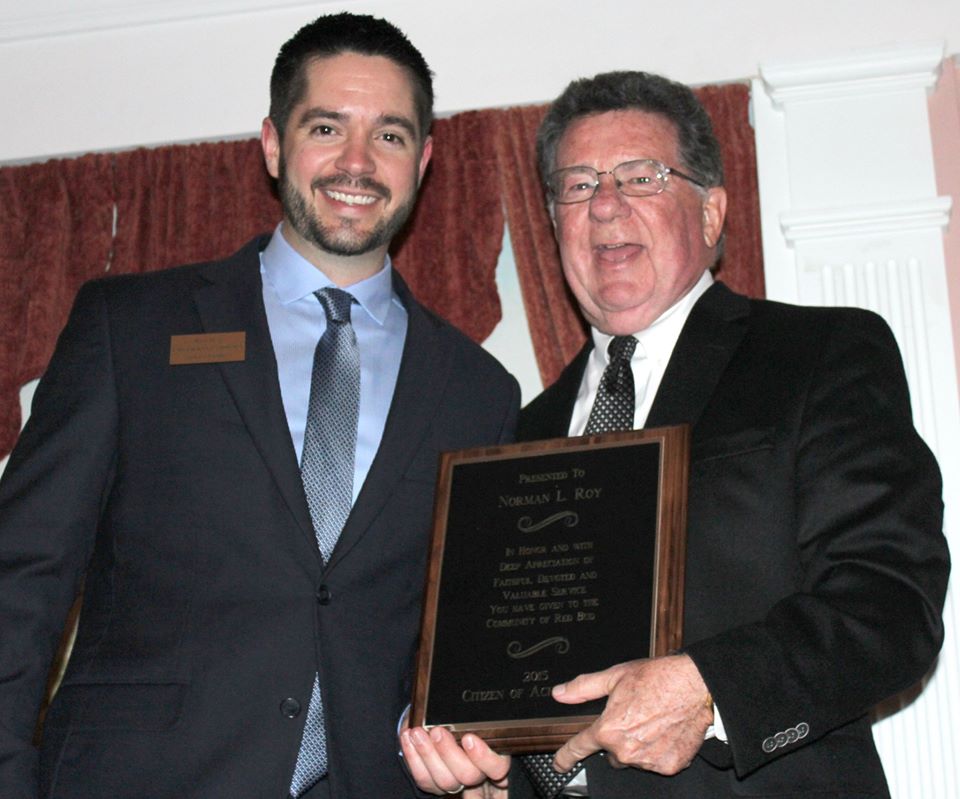 Congratulations to Norm Roy who was this year's Citizen of Achievement. Norm was awarded this honor at the Annual Chamber Dinner on March 12th, 2016.

Norm has dedicated his career and life to his business and community for almost 50 years. He is a local man who grew up in Prairie du Rocher and graduated from Red Bud High School. After graduating, he attended Brown Business School in St. Louis before he was drafted to serve his country in Vietnam with the United States Army. After the war, he returned home and married his wife Joy, and they had three children Jennifer, Suzanne and Brad. He is also a grandfather to his grandson Cooper.